We are called to preach the message of redemption and not that of condemnation because we believe every saint had a past and every sinner has a future.

In the year 2009 the Lord spoke to our Pastor, Temiloluwa Ola who then was a law student about raising a generation of men for Him in an unusual place – Eruwa. The Lord told him that there is a repositioning coming to the Land of Eruwa and God wants Him to be there to reap the harvest.

While undergoing a Bible School during his service year in March 2011, the Lord said to him, “I will be the one to do the work not you.” Amazingly, one day in class his teacher said, “For instance God is calling Ola to full time ministry”. This was later backed up with confirmation at a special meeting in the church where the Guest Speaker said, “There is someone here that the Lord has called to full time ministry but is planning to put one leg in and the other leg out. The truth is you will reap the harvest but it will come with losses”.

Seven months after, October 6, 2011 the Lord spoke to him again saying ” Every company builds its factory where the raw materials are. Go to where I have sent you.

On the 23rd of November, 2011, our Pastor Temiloluwa Ola opened ministry office in a small shop in Eruwa just after his service year in obedience to the call. On the 19th of January, 2012 the first member of his team joined him and by February, 2012 the first meeting of the ministry was held tagged ‘Word and Prayer Feast’ in the same small shop he uses as his office.

By 18th of March, 2012 The Eagles Assembly kicked off in an abandoned car servicing complex in Eruwa with 14 people in attendance. 8 years down the line the Lord has so helped us that hundreds of young men and women have been raised through The Eagles Assembly (Now NGCC) who are standing firm for the kingdom of God and His righteousness in different parts of the world.

To raise a generation of men passionate about God, god-given purpose and purity.

To change lives through the message of love, build lives through practical teaching of God's word and help men realize their God-given potential through leadership training.

This is shown in our commitment to God, His word and his body; the church.

We believe that all men are created of God to fulfill a particular purpose on earth.

We believe that purity is the standard of God and it is key to sustaining our relationship with God and our fellow men.

We believe in mentoring because we believe it is the best way to make disciples for Jesus.

We believe we are Ambassadors of His Supreme Excellence and we reflect this excellence in all we do.

The Family is God’s barracks for raising Kingdom Soldiers. We believe in the family as a unit of God’s kingdom.

Do not conform to the pattern of this world, but be transformed by the renewing of your mind. Then you will be able to test and approve what God’s Will is – His good, pleasing and perfect will. Romans 12:2

The path of the righteous is like the morning sun, shining ever brighter till the full light of day. Proverbs 4:18

The joy of the Lord is my strength. Nehimiah 8:10 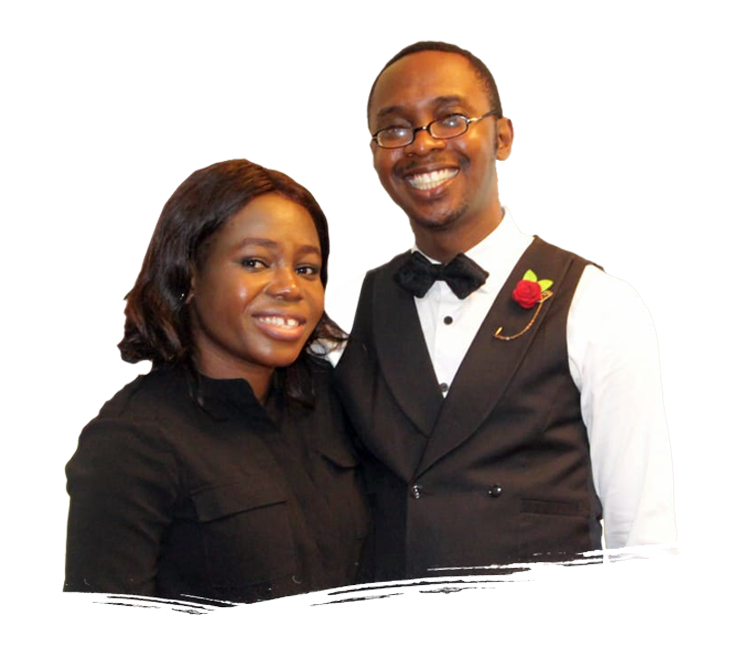 The Ministry is led by Pastors Temiloluwa and Ronke Ola. They are supported by a team of Pastors and Ministers who are committed to the  God-given mandate of the church to help men realize their God-given potential.

To raise a generation of men passionate about God, god-given purpose and purity.

To change lives through the message of love, build lives through practical teaching of God’s word and help men realize their God-given potential through leadership training.

Do not conform to the pattern of this world, but be transformed by the renewing of your mind. Then you will be able to test and approve what God’s Will is – His good, pleasing and perfect will. Romans 12:2

The path of the righteous is like the morning sun, shining ever brighter till the full light of day. Proverbs 4:18

The joy of the Lord is my strength. Nehimiah 8:10

This website uses cookies to give you the best experience by remembering your preferences and repeat visits. By clicking “Accept All”, you consent to the storing of cookies on your device to enhance site navigation and analyze site usage.
Cookie SettingsAccept All
Manage consent

This website uses cookies to improve your experience while you navigate through the website. Out of these, the cookies that are categorized as necessary are stored on your browser as they are essential for the working of basic functionalities of the website. We also use third-party cookies that help us analyze and understand how you use this website. These cookies will be stored in your browser only with your consent. You also have the option to opt-out of these cookies. But opting out of some of these cookies may affect your browsing experience.
Necessary Always Enabled
Necessary cookies are absolutely essential for the website to function properly. These cookies ensure basic functionalities and security features of the website, anonymously.
Functional
Functional cookies help to perform certain functionalities like sharing the content of the website on social media platforms, collect feedbacks, and other third-party features.
Performance
Performance cookies are used to understand and analyze the key performance indexes of the website which helps in delivering a better user experience for the visitors.
Analytics
Analytical cookies are used to understand how visitors interact with the website. These cookies help provide information on metrics the number of visitors, bounce rate, traffic source, etc.
Advertisement
Advertisement cookies are used to provide visitors with relevant ads and marketing campaigns. These cookies track visitors across websites and collect information to provide customized ads.
Others
Other uncategorized cookies are those that are being analyzed and have not been classified into a category as yet.
SAVE & ACCEPT